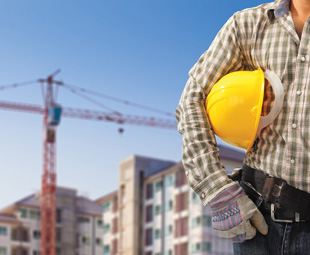 The construction industry is a massive cog in any country’s economy, but this high-risk sector doesn’t come without its costs in term of injuries … JACO DE KLERK talks to Herman Enoch, inland regional manager for the Federated Employers’ Mutual Assurance Company (FEM), and Alco-Safe’s MD, Rhys Evans about reducing the risks.

Zero harm. Something all high-risk industries aspire to, but, if you look at the injury figures for a large portion of South Africa’s construction industry between 2004 and 2014, it would seem that they are building castles in the sky rather than implementing sound safety practices …

Statistics from FEM, which has been licensed to transact workmen’s compensation insurance claims for the building and construction industry since 1936, shows that injuries within South Africa’s construction industry rose from 8 144 in 2004 to 10 391 in 2009. This number did, however, come down to 7 584 in 2014. *

The numbers are, at least, declining. Enoch adds: “The construction undertaken in the lead up to the World Cup in 2010 was a major contributor to the increase in 2009. I can only surmise that the recent decline in accidents is as a result of tougher legislation and a change of attitudes towards health and safety among construction companies.”

It appears that the construction industry is moving in the right direction. “Health and safety should, however, begin at project conceptualisation and planning stage and not be implemented only in later stages,” Enoch emphasises. “Adequate funds and resources should be allocated to any project, irrespective of size.”

He continues: “Construction is a high-risk environment, and to add alcohol into the mix as well just makes the situation worse. We don’t actually know how bad the problem is with drugs. There are no statistics available, but, going on what you see in the papers and a lot of the tests that we see, there is also a big drug abuse problem in the construction industry.” Evans adds that it is, thus, extremely important to test. 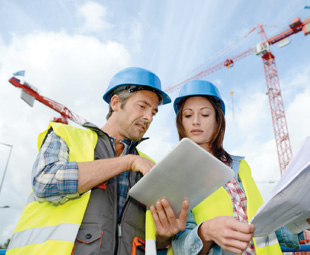 “We did a study with a company, based in KwaZulu-Natal, and found that, after about nine months of introducing alcohol testing – just alcohol testing – accidents and disability claims went down by about 55 percent.”

Testing equipment also provides much faster, more accurate and reliable results than in the past. “In the old days, equipment could do one or two tests a minute – now it can do close to 18 tests in the same time,” Evans points out.

“The speed of instruments has increased dramatically, which makes them a lot more popular,” he adds. “Companies find that they no longer have to wait half an hour to test their people, as they can do the same number of tests in five minutes.”

Drug and alcohol testing isn’t without its challenges, however … “The biggest challenge relates to the use of the equipment,” Evans points out. “The equipment is so good now that people don’t really challenge its accuracy. What they would challenge, however, are the structures and the policies around it.”

He adds that companies, therefore, have to have good substance abuse policies in place. These have to state that the company is aware of the alcohol abuse problem in South Africa as well as the Occupational Health and Safety Act, which specifies a zero-tolerance approach to intoxication in the workplace.

“It also has to state that the company will be undertaking random and compulsory testing; when and why that testing will be done, and what actions will be taken against people who are found under the influence,” Evans points out. “This is very important, as workers might want to challenge the legality of a test.”

On this subject, he adds that there are rumours that substances containing alcohol, such as mouthwash and cough syrup, can influence the test equipment – ending in a false accusation. “If you don’t follow proper procedure, this is possible,” says Evans. “A breathalyser is designed to test for alcohol, but the correct procedures will help to differentiate whether the alcohol is only in someone’s mouth or if it is in their blood.”

The procedure in question is another test. “If an employee tests positive the first time, the operator has to wait for 15 minutes before testing the person again,” Evans points out. This time period allows alcohol in the mouth to evaporate.

“So, if an employee tests positive the first time, he or she will be taken aside for 15 minutes. They will not be allowed to eat, drink or smoke, to ensure that there isn’t anything that could cause a false positive,” Evans explains.

“The result of the second test will tell us whether the alcohol was only in their mouth or in their blood,” he points out. “If it is still positive, it is definitely blood-related alcohol, as it takes one’s liver about one hour to remove just one drink from the blood, but alcohol in the mouth normally evaporates within five to six minutes.”

Testing equipment can, thus, help to keep intoxicated worker from entering a site – which is an absolute necessity when working in the construction industry’s high-risk environment …

This industry still has a way to go before the injuries are reduced to a totally acceptable level (namely zero), but keeping intoxicated employees at bay will be a massive step in the right direction.

* These are only FEM stats and represents around 70 percent of the building and construction industry. The balance would have to be obtained from the Department of Labour … 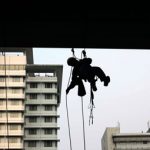 Prev Making change work safely
Next Failure of state social security – what are the implications? 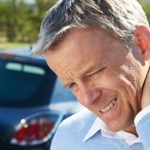