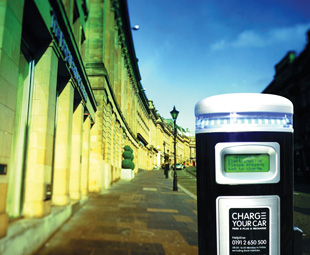 Imagine buying electricity for your car pretty much the way you buy airtime for your mobile telephone. This isn’t a pipe dream, writes CHARLEEN CLARKE. It’s already a reality in the United Kingdom

Electric vehicles – EVs in geek speak – are kind of cool. We say “kind of” because they are not without their limitations. One is the manner in which the electricity is generated, which is a subject on its own. The other is range. Electric cars tend to run out of steam (sorry, make that electricity) after a very short period of time. This means that, sans a recharge, they are as useful as a snooze button on a smoke alarm. This is one of the reasons why hybrids have outsold electric cars.

However, if a company called Charge Your Car has its way, all this will change. Launched in 2010, it has already established one of the largest recharging networks in the UK – with 400 public access charge points.

Significantly, the company will soon be adopting what it calls an “open source approach”. “The UK has multiple regional networks of charge points in closed membership schemes, which is delaying the adoption of electric vehicles in the UK,” explains Alexandra Prescott, operations manager at Charge Your Car. “EV users cannot ‘roam’; they need to join multiple membership schemes, pay multiple subscriptions, and use multiple means of accessing the charge points. All of this creates hassle and imposes unnecessary expense.

“Most EV drivers charge at home overnight,” she adds, “so the public network is for topping up and extended-range journeys. We know from research that EV drivers want to be able to access charging infrastructure in the same way they buy petrol or park their cars: pay-as-you-go, without joining membership schemes or paying a monthly subscription.”

A cornerstone of the company’s strategy is the widespread adoption of the industry-standard Open Charge Point Protocol (OCPP), which will mean that charge points produced by any manufacturer can be included on the network. “It is one of the keys to creating a driver-friendly recharging network,” says Prescott. “The other is the evolution of pay-as-you-go.” (Charge Your Car was the first network operator to introduce DC rapid charge public charging stations, and the first to introduce pay-as-you-go recharging using a pay-by-phone system).

The goal is to create a recharging network with 10 000 public-access pay-as-you-go charge points located across the UK.

It sounds as though Charge Your Car is already playing a meaningful role in changing the motor industry in the UK. Next stop South Africa? 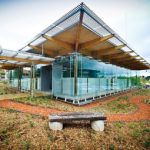 Prev All-round greatness
Next Let them have sunblock!