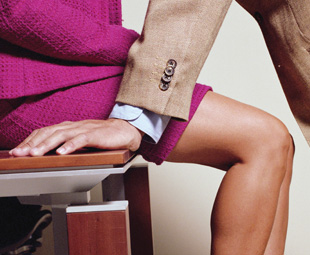 Rape is a heinous crime and all perpetrators must pay. If this outrage has happened at work, must the employer pay, or should the employee receive workers’ compensation instead?

In the previous edition I discussed the recent Australian case where a woman, while away on a business trip, was injured while having sex and claimed workers’ compensation. We saw how the decision, on whether or not she was entitled to compensation, was changed as the case wound its way through the various adjudicating bodies.

Some said no, then yes, then no and so on. In the end, the highest court (by majority) said no, but even there a minority judgment said yes. I argued that the problem was the court’s failure to isolate the correct legal issues, concentrate on the correct issues and answer the correct questions.

John Stuart Mill, a great Victorian intellectual, once pointed out a simple fact: if you take murder, as an example, the crime does not mention the act. The law does not say: “You must not murder by shooting.” Mill explained why.

There are thousands of acts which could result in the death of a person. To specify the actual act, would mean the law would have to repeat itself thousands of times. Each act would require its own law, and so the law became: “Thou shalt do no murder”, with the very clear understanding it does not matter which specific act is committed.

It means that an act must have been committed, which brings about the death of another human being. Good law is thus written broadly to include all these types of acts, not just one specific act.

The reason why I discussed the recent Australian case is because, here in South Africa, we recently had our own case: that of the Member of the Executive Council (MEC) for the Department of Health, Free State versus Dr E ZASCA 2014 167 SCA, where a doctor working for the Department of Health was raped early one morning and decided to sue her employer, represented by the MEC.

The doctor launched her action in the High Court where the judge ruled her claim was not precluded by s35 (1) of COID. The MEC appealed against this decision. The appeal was dismissed by the Supreme Court of Appeal (SCA), leaving the way clear for the doctor to sue her employer. It is this SCA judgement I am going to discuss here.

The relevant portion of s35 (1) reads: “No action shall lie … in respect of any occupational injury … ”

• Was her injury the result of an accident?

• Did it occur in and through the course of her employment?

The doctor went, at 02:00, to attend to a patient in the Neonatal High Care Unit and was returning back to Ward 3A. On the way back, she was stuck on the head with a brick, rendered unconscious and raped. He assailant was a 16-year-old youth, who was apprehended and prosecuted, convicted and sentenced to 15 years’ imprisonment.

Being struck on the head with a brick is an injury, so the answer to the first question is in the affirmative. It can be argued that being raped is an injury, but this is not necessary since it is clear she was injured.

The injury was the result of an accident

One would think the argument would go over the question whether a deliberate, intentional, assault with a brick or being intentionally raped is an accident, but, it was not. It has long been settled that, for compensation and insurance purposes, intentional acts can constitute accidents.

The most famous discussion as to the meaning of an accident comes from and English case where the judge conceded that an accident does not have a clearly defined meaning. It denotes an unlooked-for mishap or an untoward event which is not expected.

The event must, however, be a specific event, the nature of which, and the time and place and circumstances, admit to definite proof. Well, being hit with a brick is an event of a specific nature, which took place at a provable time, date and place – so, legally the doctor suffered injury as a result of an accident.

In any event, there have been a host of cases where the courts have ruled that injuries, caused by intentional criminal acts, are the result of an accident. In McQueen versus Village Deep 1914, a supervisor was attacked and struck on the head by one of the fellow employees he was supervising. The court decided the assault was an accident.

In Langeberg Foods versus Tokwe 1977, an employee was found smoking and was assaulted by a security officer. The employee fled the assault and was injured when the security guard fell on top of him. The court ruled that the assault, although deliberate, does not detract from the notion that the employee was injured as a result of an accident.

In the Minister of Justice versus Khoza 1966 A, the employee, a policeman, was injured when a fellow policeman accidently discharged his firearm while playing with it. The injured employee was entitled to compensation.

In Van de Venter versus MEC Education 2012, an employee was injured in a robbery and the court ruled “a personal injury sustained by an employee, caused by any criminal act, arising out of, and during the course of, an employee’s employment amounts to an accident”. Further cases can be cited, but it is not necessary. It is clear: the fact that the injury is brought about by an intentional, even criminal, act does not mean the injury was not caused by an accident.

Out of, and in the course of, employment

I’ve already mentioned the leading case: Minister of Justice versus Khoza 1966. The court pointed out that “in the course of” means the accident had to have taken place while the employee was busy with his employment duties, and “out of employment” means the event is in connection with his duties.

Conclusion of the court

Surprisingly, the court concluded that: “I am unable to see how a rape, perpetrated by an outsider, on a doctor who was on duty at a hospital, can arise out of the doctor’s employment. I cannot conceive of the risk of rape being incidental to such employment. There is no more egregious invasion of a woman’s physical integrity, and indeed of her mental well-being, than rape.”

So the court has opened the way for injured employees to sue their employers, despite the existence of s35 (1) of COID. This appears to be becoming a trend. 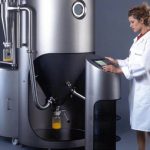