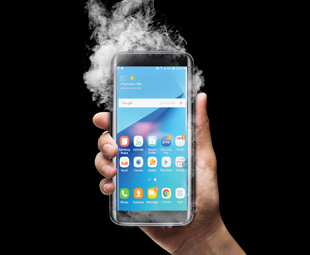 Quality – or a lack thereof – can have a dire impact on a company. Just ask Samsung. CHARLEEN CLARKE reports…

We all know the drill: Samsung – the smartphone market-share leader in almost every region outside of North America and Japan (where Apple is top dog) and China (which is dominated by Chinese brands) – recalled 2,5 million Galaxy Note 7s in September last year, and subsequently discontinued the product after replacements also burst into flames.

Irrespective of the actual loss, we’re talking about a whole lot of money going down the drain, and it appears that it was all thanks to quality control (or, rather a lack thereof).

The mobile telephone market is one of the most competitive in the world and, according to Reuters, Samsung was in a rush to pip Apple to the post – and it sacrificed quality control. “In its rush to beat rival products to market, notably Apple’s new iPhone, Samsung accelerated new phone launch cycles,” the news agency reports.

“Samsung might have over-exerted itself trying to pre-empt Apple,” ponders Sea-Jin Chang, business professor at Korea Advanced Institute of Science and Technology and author of Sony versus Samsung. “It’s an unfortunate event; it feels like Samsung rushed a bit, and it’s possible that this led to suppliers also being hurried.”

Jeff Fieldhack, a Counterpoint analyst, concurs. He told Reuters that he believes that Samsung was trying to duplicate its successful strategy of launching a month earlier than its rival. Earlier in 2016, Samsung stole the thunder from its local rival LG Electronics when it started the sales of Galaxy S7 smartphones a month prior to the launch of LG’s G5 smartphone.

He said that lab times and testing periods are shortened to advance approval and time-to-market of main devices. He added that, most likely, the technical department did not fully test all charging scenarios.

Practically speaking, this “hurried” approach meant that the company could, once again, bring forward a launch. It appeared to be the right move. The initial results were spectacular; profits soared to the best level in more than two years, but then, as we all know, Galaxy Note 7s started burning – and the same happened to Samsung’s reputation.

Samsung has denied that quality was compromised. In a statement to Reuters it said that it conducts “extensive preparation” for its products and will release them to the market “only after proper completion of the development process”, but a Samsung executive (who declined to be named) was not fully in agreement.

“Our production engineers and managers are extremely experienced, and if you ask them to find a solution to adopt a design change, they’d promptly bring things under control, but even that capability is under growing strain, as we try out new materials and everything is on a very tight schedule,” the person warned.

Samsung’s mobile business chief Koh Dong-Jin painted a similar picture. “I am working to straighten out our quality control process,” he conceded.

Samsung is now saying it’s going to do The Big Reveal – and tell the world what went wrong. At the Consumer Electronics Show (more commonly known as the CES), in Las Vegas this January, the president and COO of Samsung Electronics America, Tim Baxter, addressed the media at the company’s press conference.

He said that “deep inquiries” had been made into what went wrong. “We continue our intensive efforts internally and with third-party experts to understand what happened, and to make sure it doesn’t happen again. And very soon, we will be sharing the root cause report on the Note 7,” Baxter said.

This is all very well, but, ultimately, the root cause must surely have been thanks to a failure in quality control. It’s as simple as that. 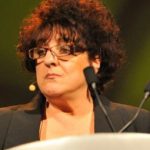