A two week trip that took students and scientists – from the University of Johannesburg (UJ), the South African Biodiversity Institute, University of Pretoria and University of Cape Town – to regions around Geriep and Upper Nama-Karoo in the Northern Cape, has been hailed a success.

The success of the 2013 Toyota Enviro Outreach programme can be attributed to the discovery of what is a very rare species of plant that was last seen some seven years ago.

The aim of the project was to document and DNA barcode the flora of the local region by collecting more than 500 individual plants and a massive 400 species.

The broad spectrum of specimens that were gathered yielded unexpected results as new species were found in the area. For example, the Trachyandra was found in the Gamsberg Mountains near Aggenys and the Eragrostis sarmentosa was collected at Raap and Skraap.

This is not the first time that Trachyandra has been seen. It was first discovered in 2006, but as no samples or specimens were taken it could not, therefore, be recognised as a new species. This time around, a sample and photographs were taken and it is now only a matter of time before its authenticity as a new species is confirmed and it is added to the 100 or more new species found annually in South Africa.

“It will be exciting to follow the classification process and to know that Toyota Enviro Outreach played a significant role in this achievement,” says Prof Michelle van der Bank of the African Centre for DNA Barcoding (ACDB) in the Department of Botany and Biotechnology at UJ.

The lead scientist on the project, Van der Bank, together with her team of scientists, will spend the next few months sorting, identifying and DNA barcoding their plant collections.

The project forms part of the International Barcode of Life Project (iBOL). All the data generated will be uploaded on to the Barcode of Life Data Systems (BOLD) – an online informatics platform – where it will become part of a growing reference library of DNA barcodes for South African plants and animals, that will be freely available for use by the broader scientific and amateur naturalist communities. 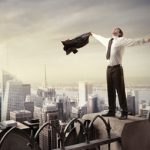 Prev Leadership starts with me
Next Electric is not the answer 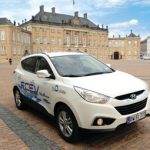