These boots are made for working

Safety shoes are the bland cousins in the PPE family, right? Wrong! JACO DE KLERK discovers that this safety segment isn’t only hip and happening, but has a rich history to boast of.

“I would walk 500 miles …” okay, maybe not really, but our feet are our main means of transport. They carry us along in malls, in and around our homes and at our places of work. So shoes can be seen as the ultimate everyday personal protective equipment (PPE), keeping all 10 “piggys” nicely snug and protecting our

Although there is a big difference between everyday fashion footwear and safety shoes, they all have a common ancestor – the prehistoric sandal.

The earliest known shoe, made from the sagebrush plant and believed to date back to around 7000 BC, resembled a flat sandal with a closed toe. It was found in 1938 in the Fort Rock Cave in Oregon, in the United States.

In 2008, the world’s oldest leather shoe, believed to date back to 3500 BC, was found in a cave in Armenia, east of Turkey. It was made from a single piece of cow hide and stitched with a leather cord.

However, some archaeologists believe that shoes may have been used long before these speculated timeframes, with evidence of the earliest footwear being difficult to find due to their highly perishable nature. The one thing everyone agrees on is that shoes were worn to protect the feet from various things such as rocks, debris and cold, as they were more commonly found in colder climates.

So all shoes were originally safety footwear, but since then things have become more specialised, with various safety shoes now providing protection against bacteria, chemicals and even fire. It is essential that employees wear the right safety footwear for their particular job.

“The price, however, rules the buying decision more often than not,” says Bagshaw Footwear sales and marketing manager Kevin van Staden. “When a person buys for themselves, they buy the best they can afford, but when it’s a work-related shoe, the person gets what the employer decides or can afford.”

Deleane Luzzatto, sales manager at Rebel Safety Gear, says the rising costs of raw materials is one of the biggest challenges facing the footwear industry as it directly affects the cost of the end product. “Budgetary constraints can, for example, lead to an entry level safety shoe being issued when a heat-resistant boot is in fact required,” she points out.

According to Luzzatto, the National Safety Council reports an average of around 180 000 foot injuries per year, adding up to roughly 500 cases a day. “Doing the maths on these stats, foot injuries thus contribute to a large percentage of industry related accidents. Furthermore, a foot and toe injury typically takes longer to heal than other common workplace injuries, leading to more lost time and production, and greater monetary costs,” she explains. “But such injuries are easily preventable.”

To prevent foot injuries, however, safety shoes must work – and there are a few standards to ensure that they will.

The applicable standards are SANS/ISO 20344 (the standard for PPE test methods for footwear) and SANS/ISO 20345 (the actual standard PPE safety footwear must adhere to).

Van Staden points out that three pairs – one each in the smallest and largest sizes, plus one in a middle size – are sent to an endorsed institution which tests the product against the required standards. If the shoes adhere to all the standards, a style approval and test certificate is issued.

“In South Africa,” Van Staden explains, “once the style approval is issued, production is checked by SABS inspectors on a quarterly basis to ensure that we are manufacturing according to the standards and that we are using the same raw materials on a consistent basis.” He adds that a company will lose its certification if it fails any of these tests, and will need to go through the entire process again to regain accreditation.

Van Staden cautions that while imported footwear follows the same process up to style approval stage, no further inspection takes place. “This means the manufacturer can start using inferior materials or make changes to the manufacturing process – without any monitoring or consequences.”

The input costs related to the production of the footwear can thus be reduced, and risks can arise if lower priced or non-specified raw materials are used. “Furthermore,” says Van Staden, “certificates supplied by importers are seldom checked for validity or authenticity.”

Luzzatto says that with the pressure for cheaper products being a constant demand from the market, non-compliant safety shoes entering the South African market in this way are being offered at a much cheaper price than the standards-approved locally-manufactured versions. This doesn’t just present a safety threat for employers, but is also affecting local production, which leads to lost jobs.

According to Van Staden, the labour requirement of the local footwear industry has plummeted in the last 10 years – from around 28 000 people to about 5 000. “This workforce reduction can be directly attributed to the increase of imports across all aspects of the footwear industry,” he says. “In the industrial sector alone, the demand for footwear had doubled in the last 10 years, but around 55 percent of footwear sold in 2012 was imported – so there was no growth for the economy.”

Despite this dire situation, employees are becoming more conscious of what they’re putting of their feet, with safety a consideration, but fashion playing an ever bigger role. Ceriani says people are looking for something they can wear while walking in a mall after work rather than just having a work shoe. Van Staden emphasises that people are looking for ’n dans, kerk en werk skoen (a dance, church and work shoe). “I see fashion and safety getting more closely aligned, with a blurring of the lines distinguishing them,” he adds.

Luzzatto credits social media sites for creating greater awareness among end-users. “Fashion trends, safety standards and end-user awareness are becoming more and more popular as we move into the social media era. End users have greater access to knowledge about what is available, and can make demands on what they are looking for,” she says. “For this reason, the future is certainly looking bright and exciting!”

However, as Ceriani points out, the local industry has to keep abreast of new developments and trends in the international market, and must work to keep costs down as much as possible to ensure their competitiveness against cheap imports. “There will be local survivors, but they will have to be tough and able to adapt to survive the onslaught of the imports and make a living.” 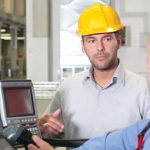