While vital to our future wellbeing, sustainability isn’t necessarily a sexy concept. However, sustainability and style can go hand in hand, as CHARLEEN CLARKE discovers on the 2011 BMW EuroStyle Tour.

Sustainability is a bit like breathing. Not a particularly sexy pastime – but essential to life on earth. The problem with the whole concept is that it has, quite frankly, resulted in a plethora of rather dull products. After all … show me a drop-dead gorgeous solar panel and I will show you an honest politician.

Not any more. The Germans have come up with a host of ways in which to marry style to sustainability; endearing design to environmental efficiency. From  haute cuisine to hotels; from automobiles to architecture … the buzzword amongst German style icons is undoubtedly “sustainability”.

Zero emissions for all
Let’s kick off with the cars – since it was, after all, the 2011 BMW EuroStyle Tour (read all about the purpose of this event on page 22). There are two words for the future of cars from the BMW stable: “green” and “gorgeous”. One of the (many) highlights of the tour was a visit to the Frankfurt Motor Show, where the company promoted three cars with a full electric powertrain: the MINI E, the BMW ActiveE and the Rolls-Royce 102 EX. “You see, zero-emission driving is also for the ultra-luxury segment,” Dr Nobert Reithofer, chairman of the board of management at BMW AG, quipped. 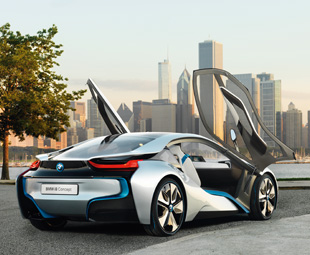 Reithofer likened sustainable mobility to a marathon. “We are in the race – and clearly focused on the road ahead. One of the trends influencing our approach is sustainability. In order to protect our planet, we all have a responsibility to use our resources carefully. And this applies to economic, ecologic and social issues,” he notes.

Significantly, the average amount of carbon emitted by MINI vehicles in Europe amounts to a mere 133 g/km, and the company introduced yet another model that smiles on the planet: the all-new MINI Coupé, the fifth unique model in the family and the brand’s first two-seater sports car (it’s just been launched in South Africa).

The company also unveiled the BMW i3 Concept and the BMW i8 Concept. The former is an all-electric car focusing squarely on the mobility challenges in urban areas, while the BMW i8 Concept is a sports car of the most contemporary variety – forward-looking, intelligent and innovative. Its plug-in hybrid solution brings together a combustion engine and an electric drive system to create an extraordinary driving experience, complemented by extremely low fuel consumption and emissions.

After the reveal, we lunched with Adrian von Hooydonk, the mightily talented BMW chief designer, who is also ever-so modest and humble. It’s common knowledge that he is one of the most successful car designers in recent history – the Dutch-born designer also got places fast; making the transition from sketching cars at BMW’s Munich studio to chief designer in only 12 years. And, once the new 3 Series makes its debut this year, he will have overseen the redesign of the entire range.

The man who created the fabulous Z9 concept car, Von Hooydonk says that materials are impacting on design. “They need to be lightweight and sustainable. And we don’t want to hide them away. We used to use sustainable grasses in door panels – they did a good job in terms of saving the planet, but you didn’t see them. Now we are developing sustainable materials that will not be hidden away,” he reveals.

Restore, don’t destroy
Of course, those sustainable materials are designed to stand the test of time. The same cannot be said of other materials – paper, for instance. However, in Europe old buildings aren’t destroyed and replaced by high-rises (more about this later). Similarly, old books are lovingly restored to their former glory …

Enter the Gutenberg Museum in Mainz. One of the oldest museums of printing in the world, it is named after Johannes Gutenberg, who introduced modern printing to Western Europe. The museums are also home to a number of Gutenberg Bibles, rare and beautiful treasures also known as the 42-line Bible, the Mazarin Bible, or the B42. Printed by Gutenberg in Mainz in the 1450s, only 21 complete copies survive and they are considered by many to be the most valuable books in the world.

Book restorer Annette Lang-Edwards is also passionate about the subject of sustainability; she wants books to endure forever. As such, she established a workshop at the museum to restore books 27 years ago – and she’s one of the most talented and dedicated artists I’ve ever encountered. During our visit she was restoring a book from 1493, discovered in an ancient monastery…

Just down the road is the Hyatt Regency Mainz, which is a tangible example of the trend to retain and restore, rather than destroy, old buildings. Situated right on the busy Rhine River, the Hyatt’s unique architectural design incorporates the historic 19th-century Fort Malakoff. It is unification of old and new that works impeccably.

Precisely the same applies in Munich at the Sofitel Munich Bayerpost – yet another example of the Bavarian inclination to modernise while respecting tradition. This heritage-listed property once functioned as the post office. Instead of trashing it, the building has been converted into a contemporary hotel drenched in purple and golden hues.

There are many modern buildings in Germany where sustainability is coming to the fore too. Take, for instance, the work of Munich-based Haack & Höpfner Architects – which has invented a remarkable small, modular house measuring just 2,6 m². The company is also currently designing a zero emission church and a low-energy office development.

According to Lydia Haack and John Höpfner, the sustainability of both these projects is based on the energy of the groundwater used for heating and cooling. “We have used photovoltaic tubes on the roof for pumps, heat exchangers and general electricity provision. We have developed special multi-layered window systems, and we have selected environmentally neutral building materials,” the duo tells SHEQ MANAGEMENT. 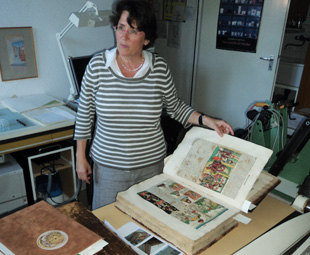 Just down the road in Munich is the Hotel Campo Dei Fiori, a so-called “zero energy hotel” that opened its doors at the end of September 2011. Its location is prime – on Utzschneiderstraße, right next to the Viktualienmarkt (a quaint market in the city centre which attracts tourists and serious food lovers alike). But what really makes it special is that the hotel was designed in such a way as to allow the entire energy consumption for heating, cooling and water-warming to be self-generated by renewable energy. The energy efficiency of the building is thanks to an integration of concepts, which includes optimum insulation, triple-glazed windows, a solar-panelled roof and energy storage units.

The hotel has a number of other fascinating features, such as “steam wellness showers” (which use little water) and steam cleaners in each room (again, they don’t use a lot of water or aggressive chemicals). Even the wood came from sustainably managed (and accordingly certified) forests.

But I have to tell you that the piece de resistance in this hotel was the beds. They are filled with eight to 13 litres of vegetable oil in order to take on the shape of one’s back and hips. The bed can also be adjusted ad infinitum.

Is it particularly green or sustainable? I doubt it. But it’s fun. And that’s also okay … just sometimes.

Wine producer goes green
Even the wine producers in Germany are committed to sustainability. One such example is the Hofgut Laubenheimer Höhe wine estate, in Mainz. Solar panels line the building’s roof, heat is generated from wood pellets and the rainwater is collected for irrigation. And, to reduce its carbon footprint even further, the company has planted 50 trees around the property.

BMW EuroStyle Tour: what’s it all about? 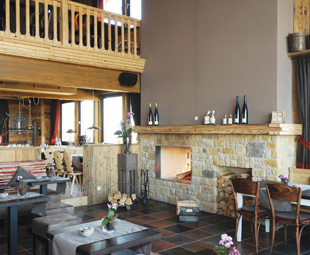 Once in a while, an individual comes up with a Seriously Good Idea. One such person is Lindsay Pieterse, who is manager: group lifestyle communications at the BMW Group in South Africa. About six years ago she came up with the most marvellous idea: a junket designed to educate members of the media as to the trends that shape the landscape within which the BMW Group’s brands are brought to life.

And so the annual BMW EuroStyle Tour was born – and today it is THE media trip of the year. Travelling to various parts of Europe each year (recent destinations have included England, Germany and Italy), the tour reveals insights and captivating conceptual streams into the world of design, architecture, style and popular culture – all concepts, of course, that inspire the designers within the BMW Group.

As Pieterse explains, “Style and design, together with performance and innovation, are at the very heart of the BMW Group’s creative ethos. Design is conceived and fashioned in the mind and leads to the purposeful and inventive arrangement of parts, materials and details into appealing, stylish and exciting concepts. At the BMW Group we believe that these ideas are the basis of all creativity and ultimately lead to products which are recognised the world over for their cutting-edge leadership.”

Each year, there are “green” elements to the tour. Never more so than the 2011 – which is hardly surprising, given the way the world is moving. 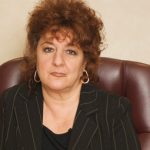 Prev Health and safety heroine
Next Shabangu shake-up on the cards?