While it is wonderful that digital development in South Africa is booming, this growth does bring additional risks. Luckily, there are security measures to deal with them …

Loyalty payments are holding steady ground when it comes to chosen methods of purchasing items over the internet. This is according to a research study by payment provider PayU. The study reveals that South African consumers have put loyalty payments in the top three methods of online payment.

“While card payments are still the leader in terms of online transactions, we have seen a steady growth in alternative payments such as loyalty and EFT over the past year,” says Mustapha Zaouini, CEO of PayU.

This is wonderful, as it means more economic activity for our country, but there are some security risks … The Vodacom Cyber Intelligence Centre points out that the number of distributed denial-of-service (DDoS) attacks across Africa increased by 150 percent, from October 2013 to April 2015.

These attacks occur where multiple compromised systems, usually infected with a Trojan horse (a type of malware designed to provide unauthorised, remote access to a user’s computer) are used to target a single system, causing downtime to assets like websites.

A large attack may last a couple of hours. “These attacks are not specific to any sector or organisation. Cybercriminals are adaptable and tend to follow the money,” he notes.

The “hacker rabbit hole” is also far deeper than you might think … Jason Louw, forensic cybercrime-fighter, points out that nearly all (99 percent to be exact) global phishing attacks originate from organised crime. “The problem is that we’ve seen very few prosecutions in South African cybercrime.”

All hope is not lost, however, as South Africa is one of 28 countries, worldwide, that currently have cyber security policies in place – although the South African policy is heavily criticised.

Professor Basie von Solms, director of the Centre for Cyber Security at the University of Johannesburg, says a single point of contact is needed for cyber security in the South African government.

“The African Union Convention shows that South Africa is far behind as far as cyber security is concerned. Government and the private sector must work together to cyber secure our country,” he adds.

There are those who believe we can win … Keren Elazari is a hacktavist-turned-security-expert, a Gigaom Research analyst, as well as a recent speaker at TED Talk. Elazari says the answer lies in decentralising the current systems.

She explains: “When it comes to the global financial ecosystem, we are at a massive shifting point; moving from traditional 20th century finance that is centralised, to a new financial world with micro payments, digital payments, digital wallets, crypto currencies and other forms of payments.”

Elazari is convinced that as this change occurs it will empower small companies and individuals to have a bigger say in their own cyber security.

“Let’s face it, the smartphone has become the ultimate gadget and, for most of us, it is the field camera of choice,” explains Deon Barnard, director of Danguard – a brand of Danbar Solutions.

“This could, however, also be its very weakness. The fact that it’s so much more than just a telephone or camera makes it far more valuable than the mere hardware replacement cost (for some it’s their very lifeline),” he adds.

Consider the Danguard LED VideoTorch. “Like a smartphone, it also has a built in high-definition video and photo camera, but also features a wrist tether-cord, so it could be taken into risky places where no self respecting smartphone would dare to venture,” Barnard points out.

Its rugged construction; including aircraft-grade aluminium body, tough thermoplastic lenses and double O-ring seals, make the VideoTorch a great rechargeable inspection torch, but with that little bit extra inside.

“Embedded in the waterproof device is an autofocus and auto-exposure camera that can record hours of video and tens of thousands of photos onto the internal MicroSD card – day or night,” says Barnard. “These can be retrieved onto a PC or laptop via the supplied USB cable, or directly to your beloved smartphone (ready for Tweeting) by extracting the standard MicroSD card.”

The company reports a lot of interest from the security sector (including malls and public transport), but other roles such as industrial maintenance, fault logging and job sign-off are emerging, due to the fact that every photo and video is watermarked with the date and time.

“This feature even rolls into simple time and attendance applications, since the captured images can show that the VideoTorch was at a specific location, at a specific time,” notes Barnard. “This may be essential for those who need photographic evidence to prove their response times and service levels to their clients.”

He adds that staff training and compiling “how-to” and “how-not-to” examples are simple to gather as the device is small, unobtrusive and cost-effective enough to run in the field every day.

“With the excellent shelf life of the single 18650 standard LiION cell, the device is ideal for long-term storage in cars, caravans, boats, aeroplanes and even fallout shelters,” says Barnard.

“What’s more, the VideoTorch can be fully operated with only one hand, while hanging off high rigging or holding your beer – try that with your smartphone.” 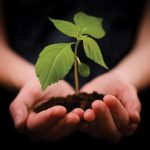 Prev A concept that is to die for?
Next Are you safe or are you sorry?