A new study, led by the United States-based National Centre for Atmospheric Research (NCAR), estimates that more than 40 percent of the world’s garbage is disposed of through unregulated burning – which emits gases and particles that can substantially affect human health and climate change.

“Air pollution across much of the globe is significantly underestimated, because no one is tracking open-fire burning of trash,” says NCAR scientist Christine Wiedinmyer, lead author of the new study.

Wiedinmyer and her co-authors estimate that 1,1 billion tonnes, or 41 percent, of the total waste generated globally each year is disposed of through unregulated burning. The countries producing the most total waste, according to the study, are China, the United States, India, Japan, Brazil, and Germany. Those with the greatest emissions from trash burning are China, India, Brazil, Mexico, Pakistan and Turkey.

It states that as much as 29 percent of human-related global emissions of small particulates (less than 2,5 microns in diameter) come from the fires, as well as ten percent of mercury and 40 percent of a group of gases known as polycyclic aromatic hydrocarbons. These pollutants have been linked to such significant health impacts as decreased lung function, neurological disorders, cancer and heart attacks.

“This study was a first step to assess the magnitude of this issue,” says Wiedinmyer. “The next step is to look at what happens when these pollutants are emitted into the atmosphere – where are they being transported to and which populations are being most affected.” 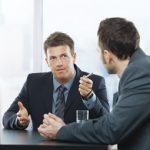 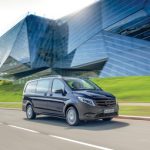