Not having to flip that switch 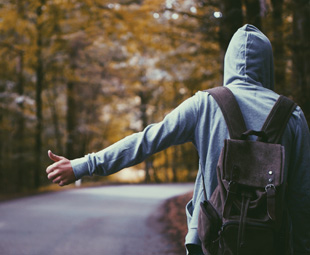 Initially, when I sat down to write this article, I had no idea what I wanted to write about. It was only a good few days later when it finally came to me – on the N2 (of all places), while being transferred by car from Durban’s King Shaka airport to Richards Bay.

Feeling a bit jaded from a series of long flights between Vienna and Durban, I didn’t immediately take out my laptop, as would usually be the case. Instead I just sat for a while, surveying the passing KwaZulu-Natal (KZN) scenery.

Not long into the trip, I noticed three people hitchhiking on the opposite side of the motorway, southbound towards Durban … with a golf bag in hand, no less!

While seeing people hiking with a golf bag was certainly a first for me, what really struck me was that they were standing on a motorway hoping (or worse still, expecting) a vehicle to stop for them – behaviour that is both dangerous and illegal.

A world outside of work

These hitchhikers also reminded me of the importance of the world outside of our working world in contributing to a company’s desired safety culture and ultimately its performance.

With that thought triggered, I spent the rest of the trip observing the behaviour of others around me … drivers, passengers and pedestrians. Sadly, the hitchhikers with a golf bag in tow were not an isolated incident. 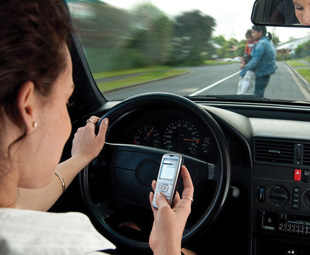 The number and severity of at-risk behaviours observed during that trip to Richards Bay was staggering. Just some of the worst were:

• A cattle herder watching his cattle graze on the verge of the motorway, seemingly oblivious of the danger presented should one or more of his cattle suddenly decide to walk onto the motorway.

• A vehicle overtaking us in the yellow lane (reserved for emergency vehicles only). Spare a thought for the consequences had this happened when we were driving past the cattle grazing alongside that same shoulder of the road just a few minutes earlier.

• A driver in the oncoming traffic doing a U-turn accross a solid white line on the national motorway to join our direction of travel!

In addition, there were children playing on the side of the motorway, numerous people hitchhiking, passengers sitting on the back of open bakkies, people selling their wares on the side of the road, as well as damaged (or completely missing) safety barriers on the pedestrian bridge crossings that had not been repaired.

Sadly, what this confirmed for me is how few people are sufficiently risk averse. When out on the road so many people just do not seem to take their own or other peoples’ safety into account.

Not surprisingly, the knock-on effect of this behaviour is that people tend to adopt the same low levels of risk perception and management at work, contributing to work-related incidents, close calls and/or work-related injuries.

To provide a safe and healthy working environment for all, leaders also need to consider the behaviour of people outside the workplace. It is through these observations that they can start to influence the change behaviour necessary to, ultimately, develop the desired safety culture.

An independent and, to some extent, an interdependent safety culture can be achieved through the introduction of programmes where individuals and teams consider the risks and required precautionary measures prior to commencing their tasks.

The effectiveness of such programmes is, however, largely dependent on the maturity of the organisation, its leaders, teams and individuals. For example, if a supervisor has a low regard for safety, he or she would be less likely to support time spent on the proactive elements of safety prior to conducting tasks. Those employees and contractors would then tend to rush through the pre-task assessments and could miss important aspects, which could have serious consequences.

Whether we’re driving recklessly, standing on a chair at home to repair something out of reach, or not using the correct personal protective clothing at work, it all constitutes unsafe behaviour. Instead, the safe way of doing things – whether at work or at home – needs to become a habit.

For safety to become a habit, we need to move away from the “switch on, switch off” mentality, where employees and contractors arriving at their place of work, “switch on” their safety mindset
to meet the company’s safety and health requirements. And then, when leaving work at the end of the day, they “switch off” from thinking about safety and conduct the risky behaviours on the road or at home.

We need to ensure that all employees and contractors are “switched on” to safe behaviour on a 24-hour basis. Only then can safety become a habit, and only then can we influence a company’s safety culture and performance.

This holistic approach to safety is not without challenges. These include, for example, if a generally poor culture exists in terms of the rule of law, or if there is a high tolerance of risk-taking by people in general.

Companies can still make a difference, however. Safety campaigns should include safety beyond the workplace, where companies could share off-the-job safety communication for the home as well (for example, safety tips on how to use dangerous equipment like angle grinders).

Companies could also support home safety by allowing employees to borrow ladders, safety harnesses and other equipment, to make it possible to conduct safe home repairs and maintenance. Employees could also be given personal breathalyser testers, to encourage self-checks before driving after consuming alcohol.

Notwithstanding the challenges, there is a lot that can be done to promote a 24-hour safety mindset. It takes commitment and effort. It also takes time. Therefore, while working hard at developing the desired safety culture, companies need to ensure robust controls are in place and that they are followed. Leaders and safety professionals also need to remain vigilant in their efforts to promote safety and health.

Only then will we ensure that everybody returns home safely, every day. Safety is not about the numbers; it is about caring about our employees and contractors both at work and at home. Every day.

Brian Darlington is the group head of safety and health for the Mondi Group, based in Vienna, Austria. He has filled the role since 2012 and is responsible for safety and health in more than 30 countries. Brian started working at Iscor before joining Mondi in 1987, working in Gauteng. In 2000 he transferred to the Kraft Division in Richards Bay. During 2005, Brian transferred to Europe, taking up the position of business unit SHE manager, responsible for SHE in paper mills in Austria, Hungary, Israel, Slovakia, Poland, South Africa and Russia, as well as forests operations in South Africa and Russia. 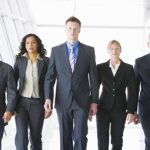 Prev The power of subtle persuasion
Next Risky business 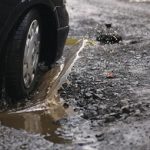