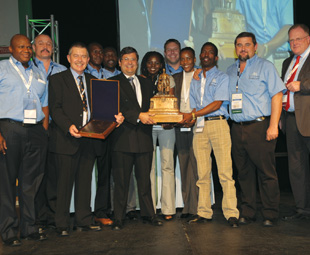 The most important thing to come out of a mine is the miner,” Fredric Le Play, French inspector general of mines, said back in the 1800s. Safety in mines is today as controversial an issue as it was in his time.

The prestigious John T. Ryan Safety Award, recognising outstanding safety practices in the mining industry, was this year presented for the first time in South Africa, with the first recipient being Modikwa Platinum Mine, a joint venture between African Rainbow Minerals and Anglo Platinum.

MSA, a leading manufacturer of sophisticated safety equipment, sponsored the award. It pays tribute to “mines that are dedicated to turning a passion for safety into success,” says Hayley Arnesen, customer focus programmes and loyalty director of MSA Africa.

The John T. Ryan award was presented at the prestigious annual MineSAFE Awards in August, which provided an opportunity for several mines to share and learn new ways of improving safety. The awards are a joint venture between the Southern African Institute of Mining and Metallurgy (SAIMM), the Association of Mine Managers South Africa (AMMSA), and the South African Colliery Managers Association (SACMA). There is also valued input from the Department of Mineral Resources (DMR), the Chamber of Mines, the National Union of Mineworkers (NUM) and the United Association of South Africa (UASA) union.

A newly-established South African John T. Ryan committee, consisting of representatives from AMMSA, SACMA, SAIMM, and the Chamber of Mines, was tasked with determining which South African mine had the lowest total injury frequency rate (TIFR) during 2010. Although there was only one overall winner in 2011, in future a winner will be selected for each of the four different categories: platinum; gold; coal; and diamond and base metals. Each of the category winners will receive a plaque, with the overall winner collecting the bronze floating trophy.

The trophy, depicting a miner coming home to his family at the end of his shift, symbolises the importance of every life and is named after John Thomas Ryan, a mine rescue worker in the USA coal mines in the early 1900s. Ryan and a colleague, George Deike, identified the lethal combination of methane gasses and open-flame cap lamps as one of the main reasons for the high fatality rates in the mines at that time.

Working with Thomas Edison, the partners developed and launched the first incandescent cap lamp, which become the forerunner of the electric cap lamp that is still used today. The launch of this product saw the birth of MSA in 1914.

MSA later became involved in the development of self-breathing apparatus used by soldiers in the First World War. Subsequently, John Ryan spread his safety message to other industries such as steel and chemicals, and MSA grew and expanded into Canada. There it offered to donate a trophy to recognise notable achievements in safety practices. The idea was accepted by the Canadian Institute of Mining and Metallurgy in 1941.

The success of the programme has seen it being exported over the years to various countries including Chile, Peru, and now South Africa. 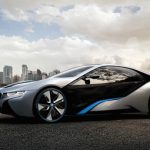 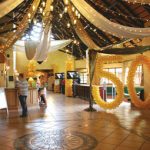