As easy as ABC 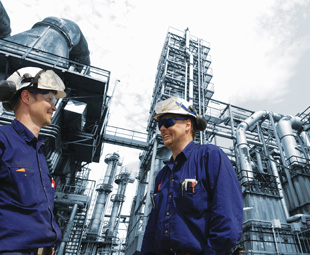 Behaviour-based safety (BBS) programmes are common in many organisations, but they don’t always provide maximum value. How can you get more out of workplace observations and build a great workplace safety culture?

Think about the last time you were in a bad mood. How did you behave? Did you slam the door as you left the room, thump the table with your fist, raise your voice? Or, did you calmly smile to yourself and let it all go?

As our individual behaviours come together with those of others around us, they collectively form and shape the cultures of organisations, family units and social groups to which we belong.

The oft-used definition of culture as “the way we do things around here” may be simple, but I think it’s a great way to look at things – especially workplace safety culture or “the way we do safety around here”, because culture is all about behaviour.

In the beginning there was dog

The name Pavlov is recognised by many as the scientist who, in the late 1800s, claimed that he could create a reflex behaviour in dogs; first, making them salivate by presenting them with a biscuit, then encouraging them to link the sound of a bell with being given the biscuit, so that, in time, the dogs would salivate on hearing the noise – even without the presence of a treat.

These early experiments in behavioural conditioning led to the subsequent stimulus-response psychological theory. While appealing in its simplicity, we know that people are (usually) more complex than dogs, and their reflexes cannot always be as easily influenced.

We must bear in mind that a stimulus – whether a biscuit, free lunch, or a monetary reward – does not, in itself, elicit a particular response; it merely modifies the likelihood of a behaviour occurring.

Pavlov’s classical experiments evolved into what we now call “operant conditioning” where the worker responds to factors within his environment and moderates his behaviour accordingly. His behaviour is observed and then strengthened or “reinforced” by consequences.

The Antecedent–Behaviour–Consequence (or “ABC”) model has become central to many an organisation’s approach to influencing safety behaviours. The antecedent (sometimes called the activator or trigger) invokes certain behaviours, and a positive reinforcement strengthens the behaviour that produces it, while a negative reinforcement strengthens the behaviour that reduces the likelihood of the consequence.

Modern social learning theory has evolved along this line. One must remember, however, that the potential for the occurrence of a behaviour depends on the expectancy that the particular behaviour will lead to a specific reinforcement, which, in itself, is perceived to be advantageous – like Pavlov’s biscuits for his dogs.

The advent of behaviour observations

Back in the mid-1600s, English philosopher John Locke argued that people viewed the world around them in a way they found congruent with their own personal values. They approved of the things they liked, while those that they considered unpleasant were thus judged as that.

This is important for our consideration of behaviour in safety – if Locke is right, he’s saying that we make our own observational judgements based on how the situation looks and feels to us at a given moment in time.

Jump to the early 1920s when Harvard professor William McDougall – while exploring the differences between reflex and instinctive behaviour – suggested that instinctive behaviour “involves the knowing of some thing or object, having a feeling in regard to it and (then) a striving towards or away from it”.

McDougall referred to the instinct of moths to be attracted towards a light source and bees towards fragrant flowers. A few years later, in 1936, social psychologist Kurt Lewin, through his studies of group dynamics, said that behaviour was not just about what a person was striving towards (for example to complete a certain task), but that behaviour was a function of the person and their interaction with their environment. 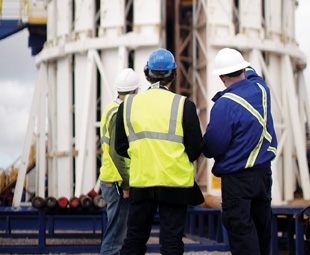 Between the late 1950s and early 1970s, the links between risk-taking behaviours, human nature and accidents were further explored by people like Burrhus Skinner, Albert Bandura and Jean Piaget.

It wasn’t until 1978 that the words “safety” and “behaviour” were truly connected when the fascinating study by Judith Komaki and Ken Barwick presented the results of perhaps the very first formal attempt to influence workers’ behaviour around safety.

The 1990s was the decade that BBS was born, with several American writers, including Scott Geller and Dan Petersen, articulating their views on why people behave as they do with regard to safety at work.

The key question was: What actually is BBS? Answers pointed towards the “psychology of safety” and how to identify the motivation for individual risk-taking, and then make adjustments to the working environment in order to regulate these behaviours.

The sound and sight of behaviour

The science of behaviour has, undoubtedly, evolved over the last century to a point where BBS and “safety culture” have become core concerns for many companies around the world today. Many organisations find themselves on a performance plateau and are keen to revitalise their approach.

Implementing a BBS programme is often seen as the logical “next step”. BBS programmes often rely on a standardised observation checklist, which the manager works through while watching an employee work, but this doesn’t always lead to positive results as the worker may feel pressured by having “big brother” watching.

Our clients often ask us to tell them what their safety culture “looks” like. Assessing the culture of an organisation is always a fascinating exercise for me. We use a proprietary model that we’ve developed over the years, refining and evolving it into a remarkably accurate tool that gives us not only a picture, but also helps us understand what a culture “sounds” like, too …

We talk with employees as individuals and in groups, with supervisors, managers and top-tier leaders. We also build “audio-visual snapshots” of what we see going on through direct real-time observations of work in progress and further discussions. We find that this combination of watching and listening provides the data needed to create a deep and rich cultural tapestry of an organisation or site; giving us a full three-dimensional picture of what things are actually like.

Adding value to your BBS programme

While we use a specific model to assess culture, there are aspects of the process that can be adopted and utilised effectively by any manager, anywhere, at any time. No matter how your BBS programme operates, it’s a great idea to actually engage workers in dialogue about safety matters.

When we begin safety transformation programmes with our clients, they frequently begin by telling us that the managers aren’t really sure what to say when it comes to asking questions about safety. As we walk with them around the shop floor, all too often we hear them saying things like: “Is everything safe?”… “Is there anything you need in order to be safe?” … “Are you working safely?”

Look at these questions. What do you notice? Each is a closed question, meaning that they can be answered simply with “yes” or “no”. When a worker is asked such questions, they may immediately try to respond in a way that would please their boss, or in a way that will make their life easier, by offering the answer that they believe the other person wants to hear. So, in the example questions, answers are often “yes”, “no”, “yes” in that order. Of course, responses depend to a large degree on the culture within the organisation.

How can we build a better culture of safety through our safety communications? We can start by asking great questions. that encourage the other person to think before they respond. For example, on a safety walk around a workplace you might try the following:

• If I were working with you today, what would I need to know in order to be safe?

• What one thing could we do to improve safety at this process line?

• If you could do anything to improve worker safety around here, what would you do?

• What is slow, inconvenient or uncomfortable about doing this job safely?

• What’s the most important thing to know about safety around here?

Each of these questions encourages the other person to reflect before answering. In responding to the first question, safety is positively reinforced as the worker verbalises important aspects of their job while responses to the other questions help to develop a feeling of engagement and encourage suggestions. Key at this point is our ability to demonstrate that we are listening.

Reflecting back on what’s been said can help here, and great follow-up questions that connect to the first information we have received are also immensely useful. You could use several of the great questions above to keep the dialogue going.

Burrhus Skinner (considered by many to be the Godfather of behaviouralism) talks about the importance and value of using great questions in his seminal 1974 book About Behaviourism. He suggests that “a person, who has been made aware of himself by the questions he has been asked, is in a better position to predict and control his own behaviour”.

What he’s saying is that it’s only when people become fully aware and understand that their behaviour is important to those around them, that it becomes truly important to them, too. Skinner is advocating dialogue over direct observation.

When we adapt our approach to observation to include really listening to what’s being said, as well as watching what’s being done, we get a much clearer picture of what’s going on. We are also more likely to be able to identify the points that really need our focus and allow us to move forward on our journey to safety excellence.

Sharman on Safety is based on ideas and concepts from Andrew Sharman’s new book: From Accidents to Zero: a practical guide to improving your workplace safety culture. Andrew is an international member of the South African Institute of Occupational Safety and Health (SAIOSH) and the Chief Executive of RMS – consultants on leadership and cultural excellence to a wide range of blue-chip corporates and non-government organisations globally. More at www.RMSswitzerland.com. This month SHEQ MANAGEMENT readers can get an incredible 50 percent discount off Andrew’s book at: www.fromaccidentstozero.com using the code SHEQSA50 – but only if you place you order in the next 30 days.

Prev Electra Mining Africa set to electrify
Next Modern mining: high-tech and safer than ever! 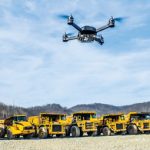